May 10, 2020
A Book Review by Rob J. Blevins of www.cookingwithcrayons.com 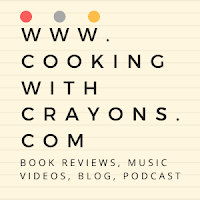 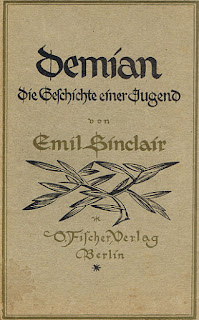 I couldn't put this down. Most importantly this book was written in 1919 in pre World War 1. In remembering his childhood, the author is examining the realms of good and evil, and within that he hits the age old art of building the character around his psyche and the questioning of moral principle. Since Hesse was thought to be undergoing psychoanalysis at the time of writing--there are many of the foundational qualities of psychology itself. Also, this was an important era in history because Friedrich Nietzsche had just begun decades prior to give account of the pride of nationalism in Germany and the devaluation of morals. Having Hesse as a successor to Beyond Good and Evil, it is refreshing to hear someone dealing with ethics in such a humanitarian and often sectarian light. It is a tale of the admiration of an eccentric friend by a dynamic character who happens to be the narrator,  and the people in this book are so loveable for their inquiries into ethics that it captivates: The selling point is that the book was written so long ago to be so prolific. This may have been the first time that someone so easily used language to build the scene of a true psyche around the characters in a work of literature. Just like so many movies in the 70s, 80s, and 90s began integrating the setting of the character psyche within the film, this book did that centuries ago.

Popular posts from this blog

July 26, 2020
How wonderful is the moment? Not that we need to try to caress and indulge every moment, but how huge are the tiny bites of life that come to us in a day? It is like a towering plate of food. It is all food we crave. We open our eyes in the morning and look and there is this huge buffet of moments. And, we must bite each one. Do we chew on it? Or do we just gulp it down? Do we savor the wonderful array of colors, hues, and gaze at the full magnitude of its presence? Within each moment is enough grace from God to give Him praise for an eternity. At the moment, we live and breathe, each breath holds enough beauty even flowing within our simple almost insignificant view of the galaxy. Though we could get a telescope and look to heavenly bodies so far away, we are restricted only in that we see the simple movie motion around our bodies. For the most part we only experience such a minute area of the universe and yet in every
Read more

Out Evil Without Out Eviling the Evil

June 07, 2020
Evil has no preferred skin tone There are evil police and evil criminals If evil is going to be defeated we can not Stoop to its level. We can not fight it by being more evil. Hate comes from all shapes of people Every color and every kind If evil and hate are fueled by anger We cannot out anger the two. Our indignation must come in the form of Unwavering prudence, patience, and wisdom determined to stand against it no matter how long the battle lasts.
Read more